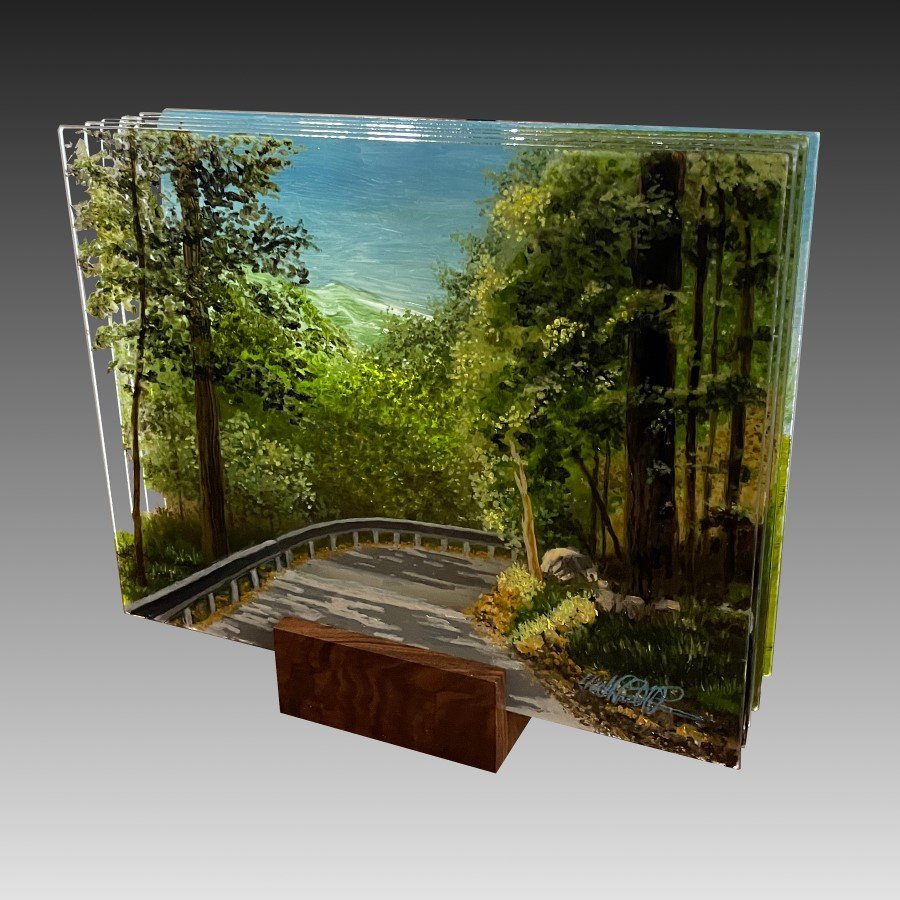 Mike’s artistic talent was evident in early childhood and was further developed in school.

Because of his attraction and talent for art, Mike enrolled at Brigham Young University, majoring in Fine Art where he discovered graphic design, which led to Industrial (Product) Design of which he fell in love! He graduated with a BFA degree in Industrial Design.

Out of college, Mike started his career as a trade show exhibit designer in Salt Lake and then moved to Texas. Mike then transitioned into Design Director for four different full-service exhibit companies and was a freelance exhibit designer. His career lasted for 34 years, retiring in 2010.

With the exception of a 15 year break, Mike did oil painting as a hobby all his adult life.

When Mike retired, he continued his hobby of oil painting which evolved to becoming a professional artist. Although enjoying his wall art, Mike missed doing the three-dimensional design that was his career profession. So, he experimented with painting on glass panels. By assembling the panels he created them into a shadow box. Having two of these, he displayed them in an art show along with his regular paintings.

After that show, he realized that he was a “me too” professional artist. Nothing distinguished him from other artists except for his glass art in the shadow boxes that now received more attention than all the rest of his paintings combined!

Starting in 2020, he developed his three-dimensional design using layers of glass and oil paint mounted in wood backets or bases. When Mike debuted his sculptures in October of 2020, the reaction was very encouraging. People became raving fans. With his new style, Mike was a featured artist on the Artsy Shark website in December 2020, was invited to the New Beginnings Art Exhibition in Dallas and showed in an art show in Trophy Club, Texas in May 2021.

His latest move was being selected as a resident artist at Giddens Gallery of Fine Art in Grapevine. Not bad for debuting his first layered glass sculptures in October 2020!